The successful trans woman entrepreneur Nur Sajat, hunted by the Malaysian police since January and harassed for several years, has finally reached Australia where she obtained asylum last month. Nur Sajat was under warrant of arrest to face charges in the Islamic court for insult to Islam for cross-dressing at a charity event. After a long periplus in Thailand where the Malaysian authorities sought to extradite her (but failed due to the fact that she had obtained protection from the United Nations High Commissioner for Refugees) Nur Sajat finally reached Australia. In her recent Instagram posts, she showed her new house in Sydney, expressed interest in starting a business, and provided an update on her happy love life. Nur Sajat has become a humiliation for the Malaysian police and a symbol of the struggle of gender and sexual minorities in Malaysia. Nur Sajat’s story, among many anonymous individuals, illustrates the hardship faced by trans people, the LGBTQI+ community, and in general all gender, sexual, religious, and ethnic minorities.

Malaysia is a Muslim-majority society framed by patriarchal and feudal norms. Islamic law applies to its Muslim populations for all matters related to family and religion. The federal Constitution also puts restrictions on sexual orientation by virtue of articles 377A and B, which condemn “carnal intercourse against the order of nature.” Generally, all individuals who do not conform to the patriarchal stereotype of cisgender heterosexual Malay Muslim norms with a strict definition of gender roles are marginalized, if not outlawed. In Malaysia, the existence of plural sexual identities, including all non-normative identities and behaviors, are a challenge to the collective political imaginary and culture, and are therefore perceived as a defiance of Islam. This raises multiple issues: (1) the inclusion of all minorities in contrast to dominant narratives that exclude them; (2) the anti-Western narrative according to which homosexuality and all forms of “deviance” are “Western”; and finally, (3) the hetero-normative and patriarchal structures of society.

The new government led by Ismail Sabri Yaakob is built on a fragile alliance between different Malay-Muslim parties that includes the Malaysian Islamic Party, the United Malays National Organisation, and Parti Pribumi Bersatu. On the eve of upcoming by-elections in Malacca and in the State of Sarawak, and potentially a general election next year, the government will not risk any reforms that would contravene the Malay patriarchal structure. At best, it will maintain the status-quo. Alternatively, it might choose to strengthen the laws and practice against non-conforming individuals, and minorities. In 2021, the religious authorities, through the Department of Islamic Development Malaysia, have sent 1,733 individuals from the LGBTQI+ community to a rehabilitation camp, according to Prime Minister Ismail. Meanwhile, as Nur Sajat reached Australia in October, Malaysia for the second time obtained a seat on the United Nations Human Rights Council for the 2022-2024 term.

On October 4, the state legislative assembly of Melaka in the south of Malaysia was dissolved and the United Malays National Organisation (UMNO)-led government collapsed after four members of the assembly, including two members of UMNO, withdrew their support for the...

Over the past month Malaysia has witnessed great political change… almost. The resignation of Prime Minister Muhyiddin Yassin came after months of tensions between the government and the palace. Parliament had been suspended amid the state of emergency declared in... 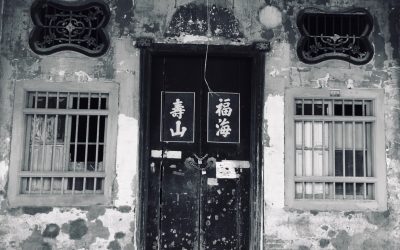