Cracks in the Mosaic: The rise of Ethno-religious Groups in Malaysia 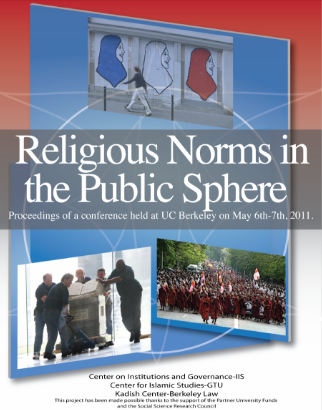 In “Religious Norms in the Public Sphere” – Ebook Berkeley in 2011

In this talk, I’m going to give a case study on the rise of ethnonationalist groups in Malaysia. In order to understand the origins and challenges of this movement, it is necessary to give a bit of background first.

Historically, Malaysia has been at the crossroad of civilizations. Contemporary Malaysia is thus a mosaic of language, culture, customs, and religion. It is often described as a multicultural and multi-religious country, where communities live in peace and harmony. But the growing space occupied by religions in the public sphere and 50 years of ethnic-based politics have triggered many tensions.

Since independence in 1957, the ethnic composition of Malaysia has dominated the country’s politics. Malaysia is a diverse country where about 60% of the population is Muslim. Islam is the official religion of the federation. The ethnic distribution is virtually identical to the religious composition. The largest part of the population in Malaysia is Bumiputera—I will come back to this identity later—then a large Chinese-descent minority, and a smaller Indian-descent community. Most of the population is actually Muslim, so most of the Bumiputera are Muslims. Malaysia includes important Buddhist and Christian minorities as well.

Malaysian society is divided along two parameters: religion and ethnicity. The difference between Muslim and non-Muslim matters legally. Muslims are subjected to both Islamic and civil laws, while non-Muslims are subjected to civil laws only. The ethnic criteria of differentiation creates two categories: Bumiputera and non-Bumiputera. Bumiputera means, literally, the “son of the soil.” The differences between the two categories mostly concern economical privileges. Bumiputera is a virtual category with no legal basis and includes Malay, native Sabah and Sarawak (the two states in Borneo), and indigenous people from the peninsula called Orang Asli (trans lated as “the original people”).

So the concept of “Bumiputera rights” follows the adage “first come, first served.” Bumiputera are considered as the first inhabitants of the territory and according to this primacy they “should” be entitled to a bigger share of resources. Since Malaysian independence, the National Constitution has stipulated that Malays and the native of Sabah and Sarawak (i.e. Bumiputera) have a special status regarding public services, education, land ownership, property acquisition, and business, as well as state leadership positions. These preferences, coupled with economic policies of affirmative action started in the 1970s, mean that Bumiputera enjoy significant advantages in getting government positions, university admission, loans, investment shares, and public contracts. Malaysia is actually one of the rare cases where affirmative action is directed at the majority.

In sum, although Malaysians are unified under the banner of their citizenship, they are institutionally and constitutionally segregated. Each ethnic community has its own vernacular school (Chinese, Indian, and Malay), its own religion (Christian, Hindu, Muslim, Taoist, etc.), and its own laws (Islamic or secular, you may call it sharia and civil law). The political landscape follows this pattern: most political parties are ethnic-based. The UMNO (United Malays National Organization) represents the Malays. The MCA (Malaysian Chinese Association) represents the Chinese. The MIC (Malaysian Indian Congress) represents the Indians. In addition, Malaysia contains other parties that represent various indigenous populations.

So the impossibility of establishing a consensus over Malaysian identity has resulted in a polarization of ethnic and religious communities. The current tensions between ethno-religious groups in Malaysia have been present since the independence of the country (and even before), leading to several ethnic riots and “race-related” violence in 1964, 1969, 2001, 2007, and 2010. Moreover, there has been an increase in religion-related violence since 2001.

The lack of consensus over Malaysian identity has challenged the success of governments since independence. Today, Prime Minister Najib’s government faces the same issue of national identity, which is interestingly linked to religious membership. In the case of France, the question is, wrongly, phrased by the government as: how to integrate Muslims? Ironically, in Malaysia, the question is reversed: how to integrate non-Muslims?

To what extent is a government able and allowed to influence and even shape the idea of national identity? Today, the population of the Malaysian state has been recast from its origins by migrations, trade, and the colonial power. The original, indigenous people of the territories are today’s minorities. The Malays are seen as the “true” people, while Indian and Chinese are still considered immigrants—indeed, they are still referred to by ethnicity as “Indian” or “Chinese.”

In fact, Najib’s government did not intend to step into the national identity debate. It did not try to define or redefine Malaysian identity, but rather chose a cosmetic-community rebinding strategy. Launched in 2009, the “One Malaysia” campaign reaffirmed the beauty of Malaysian diversity and unity. It started with a gigantic multicultural, multi-racial and multi-religious aerobic exercise session through mixed traditions of dance on the main square with the prime minister and his wife. One of the sub-campaigns organized under the “One Malaysia” campaign was the “Satu Tandas” campaign often translated as “One Toilet.” This concept promoted the idea of having common toilets for professors and students in universities and schools in order to get them closer. In April 2010, about one year after the One Malaysia campaign began, polling by the Merdeka Center found that 46% of respondents affirmed that the “One Malaysia” concept was part of a political agenda to win non-Malay votes.

In contrast, “ketuanan melayu,” or Malay supremacy, is the motto of ethnonationalist organizations. Ethnonationalist groups are often registered as NGOs and operate on the edge between civil society and the political scene. Religion and identity are used as axioms of this ethnonationalist movement, which aims at securing political power and economic privilege for the Malay. Ethnonationalist groups act as right-wing lobby or pressure groups seizing the emotion of their counterparts to awaken ethnonationalist feeling through the “media coup.” This media coup strategy can be seen as a way to attract media attention by organizing “bankable events” or releasing powerful or shocking statements. This strategy is seen in the context of the controversies related to, for example, religious freedom (Allah controversy or Lina Joy’s case) and elections. Public space is indeed a virtual space of debate through which these groups express their discourse in order to influence political parties, including the ruling party, and their constituencies.

Until the general election of 2008, most of the ethnonationalist groups remained marginal or underground phenomenon. In fact, most of these groups are linked, sharing members and even leaders. The election in 2008 weakened the ruling coalition and revived the old fear of the possibility for non-Malays to take power. Several groups emerged out of the blue to voice this concern, often relaying racist discourse.

Malay nationalism has been a vibrant component of Malaysian politics in the pre-war period, when Malayans lived under the rule of the British Empire. Nationalism was a key element in the discourse of anti-colonial movements, be they Islamist reformists or secular traditionalists. Malay nationalism has always been embodied by the United Malay National Organization, which was created in 1946 and remains the ruling part of the country today. Until the creation of the NGO Pribumi Perkasa Negara, or Perkasa, a Malay-right interest group, UMNO held a monopoly of the expression of secular, non-Islamist Malay nationalism. This hegemony was threatened by the results of the general election in 2008: “a political tsunami” that saw the success of the opposition coalition. These results (and the fear of losing non-Malay votes) prompted Prime Minister Najib Razak to announce reforms of the policies favoring the Malay. The election results and the political move of Najib wakened the old fear in the Malay community of being overthrown economically and politically by the non-Malays. This fear has been crystallized in the discourse of Ibrahim Ali, the president of Perkasa and an elected member of Parliament (Pasir Mas constituency, State of Kelantan). This NGO has been alternatively supported or criticized since its creation by the former minister Mahathir Mohamad, who remains the organization’s patron. Perkasa has given a new face to Malay nationalism.

Perkasa is not the first ethnonationalist NGO, but it remains the most visible and active one on the political scene. Perkasa is not a mainstream organization. In fact, it seems to push extreme policies that had previously been promoted mostly by the UMNO. Perkasa’s rethoric concentrates on two main axes: the defense of Malay rights and of the religion of Islam. Perkasa is a newcomer in the Malaysian public sphere, yet it is also the biggest Malay NGO claiming more than 200,000 members.

Perkasa’s strategy aimed at countering the political and economic reforms announced by Najib, which, they claimed, challenged the supremacy, economic privileges, identity, and religion of Malays. Perkasa encourages social and political upheaval, and non-Malay parties are calling for its ban. But the government seems reluctant to take action against the organization for fear of losing Malay votes. In fact, the organization seems to benefit from the support of a fringe of the ruling party, and may be seen as part of that party’s political strategy.

So is vox Perkasa, vox populi? The question is whether Perkasa really embodies the voices of the majority of the Malays in Malaysia. The rise of Perkasa and other ethnonationalist groups has emphasized the decisiveness of the concept of a current Malaysian nation and identity. It reveals the shortcomings of the Malaysian system of governance and highlights its ambiguities. In fact, it seems today that the government’s majority has been hijacked by the right-wing lobby and, subsequently, that it has struggled to restore credibility and trust within the non-Malay constituencies. Ethnonationalist NGOS like Perkasa are challenging the ruling party and reshaping the boundaries of religious and political pluralism in Malaysia through an attempt to outcast the secular non-Muslim and non-Malay voices. It is too early to determine the long-run impact of Perkasa and to determine whether the organization truly represents the voice of the majority of Malays or is just part of UMNOs political strategy. However, it seems that the organization holds strong bases in both rural and urban constituencies. The coming general election will certainly add crucial elements to the analysis.